‘The Kardashians’ Season 2: Everything to Know About the Upcoming Episodes

‘The Kardashians’ Season 2. Not over yet! The Kardashians offered a glimpse at the famous family like never before and the Hulu reality series is just getting started.

“Hold on. F–k, what is happening. F–k. If you could see what is going on in my family,” Kris Jenner teased to the cameras during the final moment of the finale, which aired in June 2022.

The producer responded, “Well, I would love to — with a camera.” The episode ended with a “To Be Continued” message across the screen.

The Kardashian-Jenner family originally started to film their everyday lives for E!’s Keeping Up With the Kardashians in 2007. The reality series, which wrapped in June 2021, followed Kris, Kourtney Kardashian, Kim Kardashian, Khloé Kardashian, Rob Kardashian, Kendall Jenner, and Kylie Jenner. After concluding their time on KUWTK, the famous family inked a major multi-year deal to launch new content on Hulu.

During the first installment of their series The Kardashians, viewers saw Kim address her split from Kanye West as she moved on with Pete Davidson. Meanwhile, Kourtney was in her honeymoon phase with Travis Barker while dealing with her ex Scott Disick. Khloé, for her part, broke her silence on Tristan Thompson‘s paternity scandal.

As season 1 aired, executive producer Danielle King opened up about how they approached capturing everyone’s lives. “I went into it thinking how can I make this more of a documentary about the Kardashians? I just tried to divorce myself from thinking about it in a typical reality format where you have your A, B, and C storyline. I just went into it thinking, ‘How can I just follow their lives?’” King exclusively told Us Weekly in May 2022. “These are six of the most famous women in the world. There’s always something going on and let’s just do a documentary follow.”

She added: “Sometimes people hear docu follow and think ‘Oh, it won’t be pretty.’ But [with] the aesthetic — it was very important that we elevate the look of the show,” she continued. “So through the cameras, we’re using the lenses [and] I think the show looks gorgeous, but it still feels very spontaneous because it’s a true docu follow.”

The Emmy nominee also pointed out that they don’t always walk away with the footage they expected to film. “Our story goes in a completely different direction sometimes,” she added at the time. “We might be going there to shoot one thing, and then I’m usually like, ‘Oh OK, I didn’t see this coming but here we go.’”

Scroll down for everything we know about the final episodes of The Kardashians season 2:

Does ‘The Kardashians’ Season 2 Have a Release Date?

The second season will premiere on Hulu on September 22, 2022. New episodes will be released every Thursday.

Will Kourtney’s Multiple Wedding Ceremonies With Travis Be Documented?

In April 2022, Kris hinted that cameras might be rolling when Kourtney and Barker tie the knot. “We make it worth the wait,” the momager told E! News one month before the couple’s nuptials in Italy. “You never know what’s gonna happen.”

In July 2022, the first footage from season 2 showed Kourtney trying on her wedding dress. 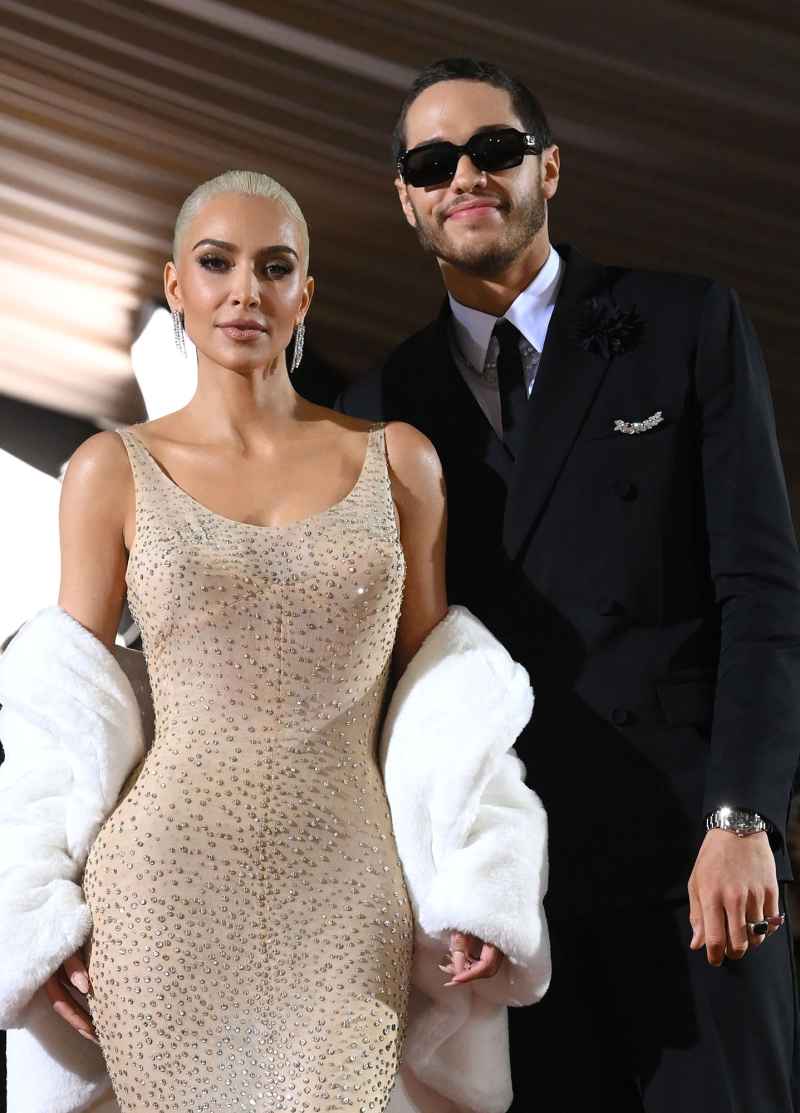 Can Viewers Expect Pete to Appear on ‘The Kardashians’?

Yes, the New York native makes his first on-screen appearance in season 2. Prior to his cameo in the July 2022 trailer, Kim wasn’t so sure he’d be part of the show.

“I have not filmed with [Pete]. And I’m not opposed to it. It’s just not what he does. But if there was an event happening and he was there, he wouldn’t tell the cameras to get away,” the Skims founder told Variety in March 2022. “I think I might film something really exciting coming, but it wouldn’t be for this season.”

During season 1, Kim and Pete spoke on the phone several times while the Skims founder was filming. In the midseason finale, a bonus scene showed Kim talking to her boyfriend while he was off-camera.

In June 2022, King noted that there was no pressure on any significant others to make an appearance.

“I have never once seen — Kim never tried to persuade Pete [to be on the show]. It’s always up to the significant other or the peripheral person that they’re dealing with. If they want to join in on the fun, more power to them. We’re happy to cover that,” she told Deadline. “Whether we have in-depth storylines, that’s entirely up to him. That’s entirely a conversation between Kim and Pete.”

Has ‘The Kardashians’ Been Renewed for Season 3?

Initially, each season was supposed to contain 20 episodes, but Hulu has shifted to calling every set of 10 episodes a season. According to Variety, Hulu has ordered 40 episodes total so far. If they continue to release each 10-installment season, then seasons 3 and 4 are already on the way.

Who Will Have Larger Roles in Future Episodes?

During Disney’s For Your Consideration Fest in June 2022, Kendall confirmed that she and Kylie would appear more on the show. “We’re really willing to dive in, and you’ll see that a lot more on season two,” the model said.

Is There a Trailer for ‘The Kardashians’ Season 2?

The first teaser trailer for the September episodes dropped in July 2022. The video showed Kylie itching for her first night out since giving birth to her son with Travis Scott, while Kris was seen briefly in a hospital bed. The season will also dive into Blac Chyna‘s lawsuit against the family after she alleged they caused the cancellation of Rob & Chyna.