Cindy Crawford Recreates Her Iconic 1992 Pepsi Ad. Model Cindy Crawford just shared with her Instagram followers that she recreated her iconic Pepsi commercial for a really great cause.

The original commercial, which was filmed in 199 when Cindy would have been 29 at the time, made huge waves when it premiered at the Super Bowl.

Here’s what the original Pepsi ad looked like, with Crawford in her iconic white vest and Daisy Dukes denim shorts: 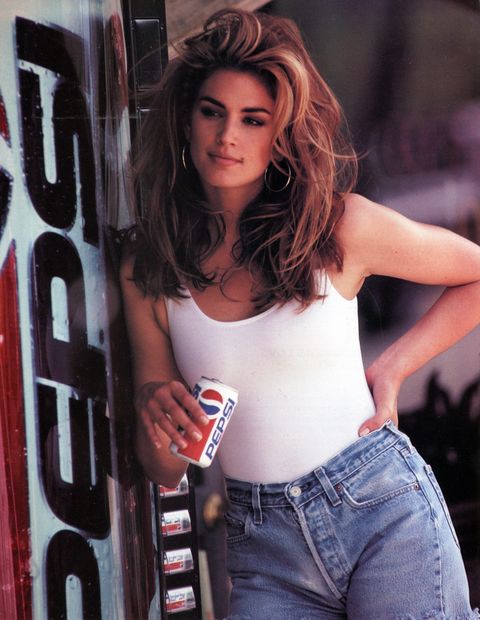 The 2021 shoot was done with photographer David Yarrow to raise money for the American Family Children’s Hospital in Madison, Wisconsin, where Crawford shared that her brother was treated for leukemia. Cindy also shared that so far, they had raised over $1 million.

Fellow model Helena Christensen commented, ‘👏🔥❤️😍 cool in every way,’ and Reese Witherspoon wrote, ‘Truly gorgeous! And for a great cause ❤️.’

Crawford also shared some behind-the-scenes shots in her Instagram Stories, that show her rocking the same cut-off jean shorts and white vest.

Between the cowboy hat and the strut, she looks even stronger than she did 29 years ago: 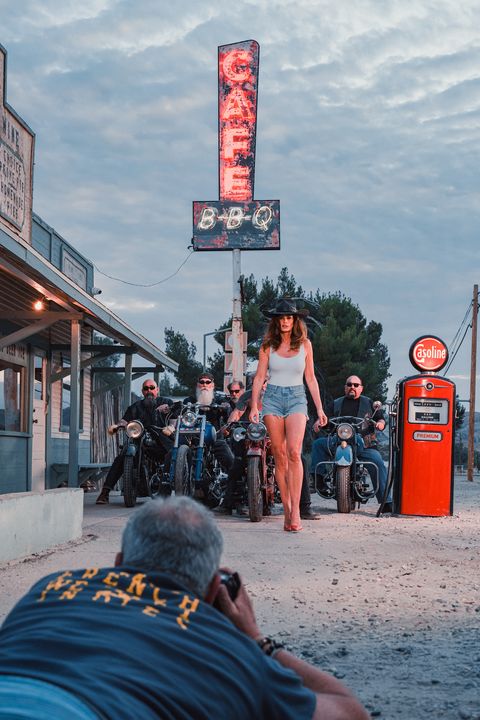 Crawford works with her trainer Sarah Hagaman to take the best care of her body, and she recently shared one of her grueling workouts on Instagram.

As for her diet, Crawford knows the importance of nourishing her body so she eats lots of protein and vegetables. ‘The more you eat healthily, the more you want to do it because you feel better,’ she told People, which usually includes things like salmon and asparagus or turkey meatballs over raw spinach on her plate.

‘I start out with a protein shake. That gets me through with very even energy. Have a salad for lunch. I feel better with protein so I like a salad with fish or chicken. Allow yourself the snack,’ she said.